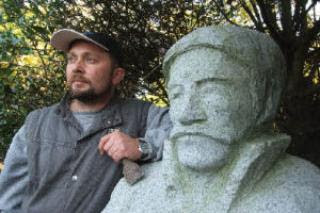 By Kevin Diakiw - Surrey North Delta Leader - November 25, 2007
The 3 a.m. knock at the door of his Belgrade apartment was rapid. Frantic.
With an abundance of caution, Ves Vukovic got up to answer, opening the door just a crack, his body blocking it from further intrusion.
The door burst open and five military police charged in, sending Vukovic crashing against a wall.
With the cold barrel of an automatic weapon now placed in his mouth, Vukovic was told his car was involved in a criminal incident. He quickly explained it wasn’t his car, learning only later the vehicle was registered to a previous tenant.
Vukovic had just moved his family to the Serbian capital to escape the violent bloodshed in Bosnia that followed the break-up of Yugoslavia in the early 1990s.
On that night, it was clear he wasn’t far enough away.
He submitted applications to live in Australia and Canada, and in 1995, the approval came through to live in the latter.
Getting out of Belgrade, however, would pose another problem.
Rumour had it that some of the traditional aid groups were unreliable in securing exit passes for refugees. Often, applicants would be arrested the next day by military police.
The authorities don’t mind if you’re a Serb, or a Croat, but they didn’t like people running from the country.
Vukovic went to the United Nations Human Rights Council, where he was given the necessary documents.
The 39-year-old stone carver arrived in Surrey 12 years ago.
He brought with him his wife, two children, and a trade chiseled deep into his heritage.
Vukovic recalls his introduction to the family craft.
When he was 12, his grandfather gave him a large piece of granite and a chisel, and told him to create a perfect cube – with no marks – within a few hours.
It took the young man a week, and there were chisel marks “all over the place.”
It was an initiation to a long history of stone carving.
Members of Vukovic’s family have been building monuments for 450 years. Such stone workers are adept at several skills, including carving, engraving and cutting, as well as other artisan abilities.
Monument building is virtually unheard of in this country, since cemeteries in the western world switched to flat ground markers in the 1930s when statues became too expensive and cumbersome.
But for Vukovic, the overriding theme in his work is permanence. Good art must last a long time.
Too often in this country, he says, sculptors use marble for outdoor pieces.
“They crumble in the wet weather.”
He uses only granite and basalt, which can last for centuries.
A few years ago, he searched for a “special” rock to use for a project given him by Surrey’s George Zaklan, who wanted a bust made of his parents, both Surrey pioneers. Vukovic found a two-tonne piece of emerald pearl granite in a Delta warehouse.
Donning protective eyewear, with symphony music playing in the background, Vukovic went to work on the boulder with a diamond-tipped power saw. Dust plumes rose as he took away the pieces of rock that weren’t Marta and Dan Zaklan.
Three months later, the boulder is lighter by 800 pounds, and has gained a highly polished definition of Zaklan’s parents. Taken from old photographs several years apart, Vukovic had to age Marta slightly so the sculpture represented the two at the same time in their lives.
Bright speckles are typical in this type of granite.
Zaklan is thrilled with Vukovic’s work.
“I’m very impressed,” says Zaklan, a fellow Serb. “(Ves) has a huge understanding of the arts and sciences,” as well as his craft.
“He’s a bit of a Renaissance man.”
Other works by Vukovic include a torch for veterans at the Sunnyside Cemetery in South Surrey. Currently, he’s working on a large mosaic of the archangel Michael for the Serbian Orthodox Church in Burnaby. Thousands of pea-size stones in various colours must be laid for the piece, which will be placed over the door of the church.
Vukovic takes comfort in the fact his work will remain undisturbed. One of the many painful memories of his former life was watching monuments crumble in the bombing campaigns of the Bosnian conflict.
However, it pales in comparison to the loss of life. Out of his high school class of 45 students, only a few are alive today.
It’s a loss Vukovic carries with him, and one he’s reluctant to discuss.
Asked if he’ll ever go back to Bosnia, he says he can’t muster the strength to visit friends who have lost their entire families.
Maybe one day, he says, but not now.
If there’s one thing he learned, it’s that nothing lasts forever – not rock, not people.
And hopefully, not grief.
kdiakiw@surreyleader.com
http://www.bclocalnews.com/surrey_area/surreyleader/news/11772421.html
Posted by STONEMARKS -Ves Vukovic- at 10:53 PM No comments:

A great example of the cooperation between Artist and Society. 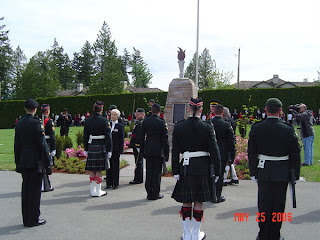 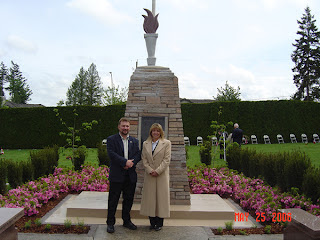 Mr. Searle is a Constable with the RCMP Surrey Detachment. In early 2005, Mr. Searle noticed a number of unmarked graves in the Field of Honour at the Sunnyside Lawn Cemetery in South Surrey. He then spent countless volunteer hours to research and identify all of the remains buried in the unmarked graves. He then set out to engage community partners including the Royal Canadian Legion and local Veterans in “Operation Remembrance." This remarkable project culminated in a May 26, 2006 ceremony which formally honoured 36 men who had served Canada and our allies during its times of greatest need. In addition to coordinating the project, Mr. Searle conducted more than 100 community presentations as an outreach program, raised more than $30,000 in donations which contributed to the cost of the markers, a facelift for the Cenotaph and a new remembrance garden for the Field of Honour. Through his vision of active remembrance and tireless leadership, Mr. Searle has ensured that the stories of our Veterans will be kept alive for future generations. He is now assisting communities in British Columbia to mark and honour the final resting places of local Veterans.
http://www.vac-acc.gc.ca/general/sub.cfm?source=department/mincom/bio&recipient_id=261

Posted by STONEMARKS -Ves Vukovic- at 9:50 PM No comments: 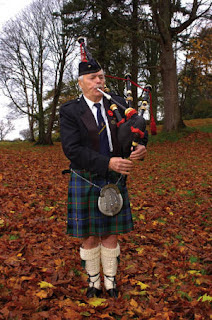 Glen Seeley has been playing the bagpipes at the cenotaph on Fir Street every Remembrance Day for the last 20 years.
While people gather around the memorial to lay wreathes, the 79-year-old can be heard playing the traditional lament, Flowers of the Forest.
http://www.bclocalnews.com/surrey_area/peacearchnews/community/11160296.html
Posted by STONEMARKS -Ves Vukovic- at 9:42 PM No comments: 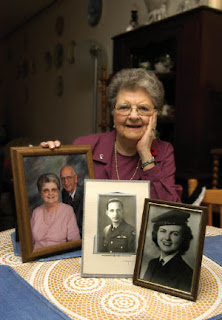 Homer Sellar served overseas as a Canadian serviceman during the Second World War, and his wife, Joan, was a member of the Women’s Royal Canadian Naval Service in Halifax. After the war, the Sellars eventually made their way to White Rock, where Joan still resides. Homer died in 2005. With the number of Second World War veterans dwindling with each passing year, many people of a younger generation – like the Sellars’ daughter, Rae Sellar Ryan of Ottawa– are doing their best to ensure their families’ war-time legacies are not forgotten.
http://www.bclocalnews.com/surrey_area/peacearchnews/community/11160291.html

Posted by STONEMARKS -Ves Vukovic- at 9:32 PM No comments:

Visit us @ http://www.stonemarks.com/
Posted by STONEMARKS -Ves Vukovic- at 8:04 AM No comments: